Biuro Turystyki Przyrodniczej Dudek is busy doing organization of stay in Ujście Warty region. It might be a group of pupils, students, families and others. After receiving information about duration of stay, number, age and interests of participants, we prepare an offer.

Fans of photography can get information and permission, if possible and necessary. Sometimes we also buid a hides, but there's no guarantee that expected animals will near in front of a hide (except for the White storks in the nest near our house in breeding season). :-)

Why is it worth coming to the "Ujście Warty" region?

When is it worth to come to the Ujście Warty?

Spring is certainly the most beautiful. In March revival in nature begins. Bean- and White-fronted Geese gather in the Warta floodplains before migrations, whereas Greylags start their breeding season.During April and the first days of May, the park becomes a waterfowl paradise. You can observe migrating birds such as Ruffs, Spotted Redshanks, Greenshanks, and Wood Sandpipers. Thousands of ducks (inc. Garganey, Widgeon and Pintail) and the calls of Cranes on the wet meadows create a fascinating atmosphere. In late May more bird species appear in the park- including Corncrake, grebes, various terns, Scarlet Rosefinch, Aquatic Warbler, Black Stork, Black-tailed Godwit, Hoopoe, Black Woodpecker, Bluethroat. Many thousands of amphibians and singing inhabitans of meadows and reeds make unique atmosphere of the mating season from dawn to dusk.

In June and July the atmosphere becomes quite calm. Birds have their youngs or repeat clutches. Thousands of Greylags, Teals and Mallards gather for moulting in the Park. Flocks of Cranes - 200-300 individuals - feed on the fields. Grey and White Herons as well Cormorants hunt for fish. Black Storks and waders feed on flooded meadows. The water level is usually lower, making the area easily accessible.

During autumn migration, many Cranes, Black Storks, and waders temporarily gather there. From October the park can hold a colossal numbers of Bean- and White-fronted Geese. White-tailed Eagles are quite easy to observe then. Birds on the gossamer-enveloped meadows or in the thick fog evoke a mysterious atmosphere. Autumn is also the time of rutting of deer. The sounds are indescribable and the only way to hear them is to experience autumn in the park.

This season is mild in the western part of Poland. Bean- and White-fronted Geese usually spend their winter in the Mounth of the Warta River area, whenever water in the river does not freeze. Single of Red-breasted-, Barnacle-, Canada-, Brent Geese can be observed in flocks of grey geese. We can often meet White-tailed Eagles close to waterfowl. Even several individuals may be seen on one day. In January and February you can see and listen to Whopper Swans.

How to find us? 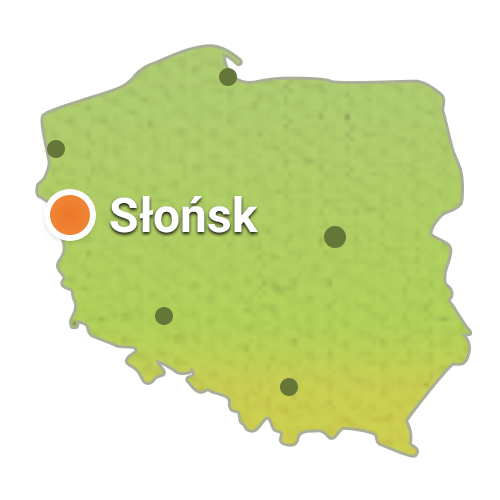 We use cookies for statistics nand functional purposes. This allows us to customize the site to your needs. Everyone can accept cookies or switch them off in the browser. Then, no information will be collected. Learn more about how to turn them off.